Speed issues with PC’s and Laptops are one of the most common issues we technicians deal with. A common misconception is that having too much data or programs installed can lead to these issues but it’s very rarely a case of having too much stuff.

There are a multitude of reasons a PC can slow down, but I will cover the most common one.

This is the most common source of speed issues, especially with laptops. Conventional Hard Drives are based on very old technology using spinning disks on a platter much like a vinyl player. Read and write heads move up and down the surface of the disks aligning metal particles by way of magnetism much like old cassette and VHS recorders. The problem with this type of drive is they are highly prone to failure especially where movement is concerned which is why laptops are most prone to this type of issue. As the heads fail they can be heard clicking against the inside of the case and this produces the harsh grinding noise common with older Hard drives.

So how do we fix this problem?

Install an equivalent sized SSD (Solid State Drive). SSD’s have no moving parts so are not prone to failure in the same way HDD’s are. They are also much, much faster than a conventional HDD, up to 10x faster in fact and have significantly dropped in price over the last few years.

Then we simply clone the existing data from the old HDD to the new SSD, so you get the same PC, just a lot faster.

Wait.. How much faster?

Check out this comparison video for to see the difference between an SSD and HDD on the same hardware.

If you are interested in upgrading to an SSD or would like more information, email support@ochreit.com.au or visit https://ochreit.com.au

Update: Since creating this blog post I have created a how-to video showing exactly how you can upgrade to an SSD. You can watch the video here: 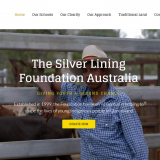 It is with great pride we launch the website for the Silver ... 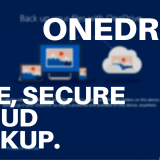 https://youtu.be/YvESAY9WXug Watch the video or read on ...

Today we are going to migrate a wordpress website from one ... 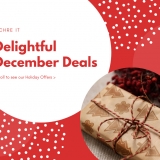